Paul Morgan takes his mineral program very seriously. And rightfully so. The Southern Indiana livestock producer has a lot invested in 2M Boer Goats, home to 60-70 donor does and approximately 250 recipients.

“The cheapest money you will ever spend on your livestock is on a good mineral program,” Morgan said. “It is important to get the most and best form of mineral in your animals to make sure they aren’t lacking anything.”

Morgan flushes his donors every 90 days, and has seen a 10-12% increase in fertile embryos produced since he started using the DuraFerm® Goat Concept•Aid® two years ago. A lifelong livestock producer, he initially fed Concept•Aid to his cattle, but didn’t have as many recorded results since he was using natural breeding on his cow herd. He says he feeds Concept•Aid to his cattle and his goats year-round to keep them at their optimum health.

Since feeding Concept•Aid, not only has Morgan seen an increase in fertility, he says his overall herd health has increased. The kidding rates, kid vigor at birth and rate of gain have all increased. Other benefits of the mineral program Morgan appreciates are the amounts of copper and selenium in Concept•Aid, stating that the copper helps fight parasites, while selenium adds increased vigor and helps prevent white muscle disease.

“It gives the goats what they need. They have to have copper and selenium. You can give them shots, but if you keep good mineral out, you don’t have to,” Morgan said.

“The mineral program is just as important to the recips as the donors,” he says. “If they don’t hold, you don’t need to put embryos in them.”

Producing top quality show prospects has been a priority for the Morgans for a decade. However, that wasn’t always the case. They initially invested in a commercial goat herd to have livestock to clean up the brush in their wooded areas. After about five years of raising goats commercially, they decided to start raising show goats. And in 2008, they had their first successful show season, most notably raising the Junior Grand Champion Percentage Doe at the North American International Livestock Exposition.

The goal for 2M Farm is not only to produce show quality Boer goats, but to also produce a healthy goat with excellent commercial traits, including milking and mothering abilities and growth.

Although it does take time to see measurable results, Morgan says producers who switch to Concept•Aid should see their first noticeable results in the first 30-40 days when the hair coats start to slick up and look healthier. After that, he encourages producers to stay on Concept•Aid for at least one breeding and one kidding season.

“Our overall herd health has improved since we started using Concept•Aid. We use it and we like it.” 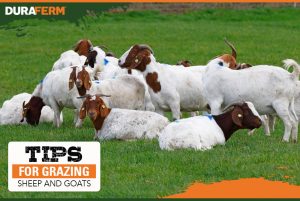 Sheep and goats are natural grazers. In most areas grass and other forages are abundant, yet need managed, which is best done naturally through proper grazing. Land stewardship is really an example of “care that comes full circle,” as humans and animals take care of the land, while it provides feed and nutrients to the […] 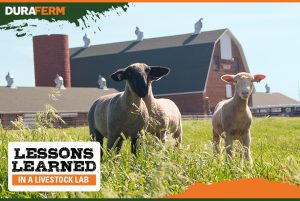 The world should be considered a classroom where daily learning takes place, as long as you seize the opportunities given to you. If you’re fortunate enough to study Animal Science at Oklahoma State University in Stillwater, your labs might even extend into one of the farm units, where hands-on learning takes place for students. The […]